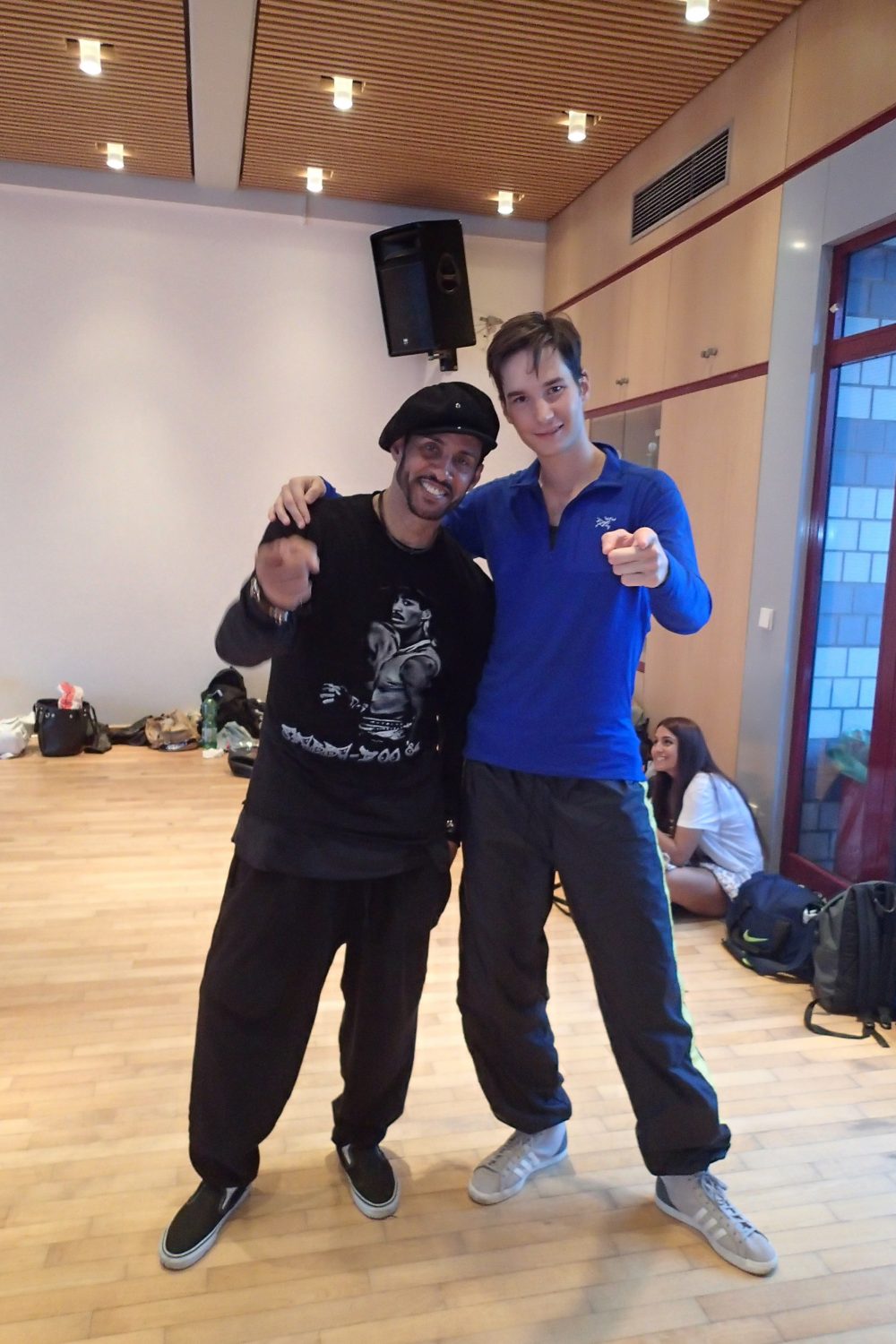 I have never dreamed in my life that I will meet one of the dancing street dance godfathers. Living legend Adolfo Quiñones.I was waiting such a long time until he will visit Europe. I am waiting a long time in general for everything in my life. But I am not going to wait anymore! I want to dance and I will dance, I will do all the things I love and I will do them now! In present moment. We came to this world to create an be happy. As Shabba-doo explained later. So I’ll go back in the story. I did not doubt and took a flight over to Frankfurt Germany. I have never been to Germany even my own family lives there. But this was worthy or even more it was priceless. Just to evaluate it so also the others can understand. I can compare it with meeting Michael Jackson or James Brown. If you love something too much and then you meet the man who has created and evolved it until today’s form. We love the same thing. Dancing! He is from LA and I am from Bratislava, but even thou, we are connected! He is one of the founders of the dance style commonly known as Locking. Shabba-doo starred in many films including cult movie Breakin 1,2 or Lambada. He worked with Michael Jackson, Maddona, Lionell Richie and many other Movie and Pop stars. He was in the origin of Wacking in the early 70s and therefore developed his own style of Wacking – SHWAY (Shabba-doos way) which is more masculine and cool style combined with Locking. On the Workshop he explained the basics of Lock and broke down the moves. He entered the stage theatrically with glasses and gloves like a real POP Star, carrying drums, making own rhythm. Then he took them of slowly as remained revealed. That remained me Michael Jackson on the Stage. This meeting was such a great historical moment in my life!

I was able to spend some time talking to him. He is a very modest nice person and knowledgeable dance profi. I got an impression from him that he is also very spiritual and esoteric. Which I liked a lot about him. Especially in this Hip-Hop world. He loves life and loves people. He cares about the others. He wants us that we learn the dance right and continue in his whole Lifetime Achievement. I admire Shabba-doo that he makes what he loves and he makes it damn good! I have also met his girlfriend Gosia Klimek. I like her very much and she is a very good spouse and helper to him. She was very careful an attentive to me and that impressed me. I absolved two workshops Locking 5.0 and then he gave us a gift- A free introduction to Shway, plus history lesson. I feel that this was not the last time I met him. We said good bye to each other with big honest hug and he did not touch me only physical level but he left a trail in my soul.. 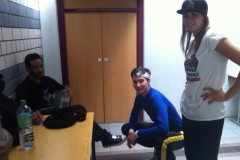 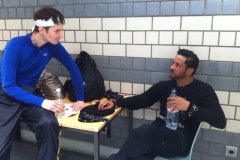 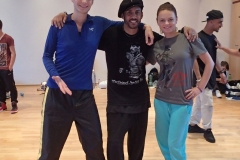